A Taste For Charity – Hicksville News 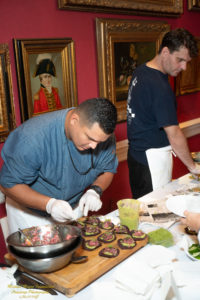 Touching the heart is something that both Terrie and Paul Magro have been able to accomplish since January 2005, when they started The Michael Magro Foundation (MMF), a Hicksville-based, 501(c)(3) nonprofit organization that was established to honor the life of Michael, their older son, who lost his battle with acute lymphoblastic leukemia just eight short weeks after his diagnosis. Through various fundraisers, including basketball, volleyball, golf and soccer events, the organization has been able to raise more than $1.7 million to date. The mission of the foundation is to improve the lives of children with cancer, pediatric cancer survivors and their families, as well as patients with other chronic pediatric illnesses. Because of their ongoing passion, Terrie and Paul have touched the hearts of thousands.