The Michael Magro Foundation hosted its 13th annual fundraising event, “An Evening of Tasting and Giving,” on October 2, 2017. The name describes the evening perfectly – it was filled with 700 guests and vendors from various restaurants, bakeries, wineries and breweries, all of which volunteered their time to provide food for the guests. Hosted at The Carltun in Eisenhower Park, each room was decorated with chandeliers, flower arrangements and penguin statues – the foundation’s mascot.

Every year, The Michael Magro Foundation hosts the event to raise money to help support families battling pediatric cancer and other chronic diseases. The foundation was started to honor Michael Magro, the oldest son of Terrie and Paul Magro. Michael was diagnosed with Leukemia in 2004, only months after his younger brother, Marc was also diagnosed with pediatric cancer. He passed away shortly after his diagnosis. The Magro’s understand the emotional, mental, and financial toll cancer has on a family. They started the foundation with the hope to directly benefit families battling illnesses. Terrie says, “Fight to make life easier for families who are going through what you went through.” 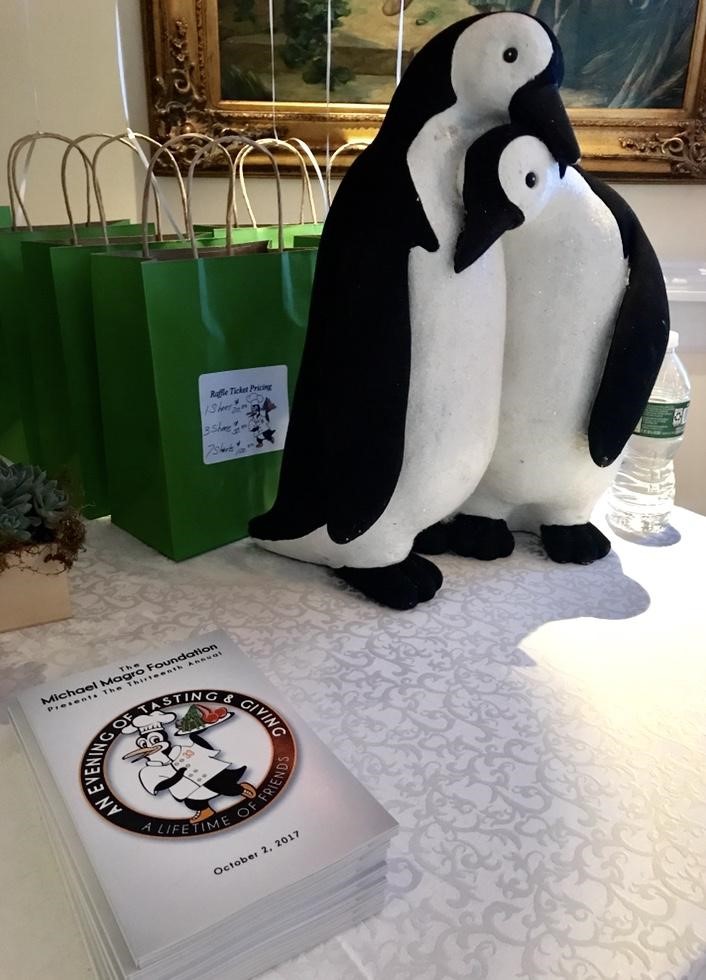 The attendees of the 13th annual “Evening of Tasting and Giving,” spent the night tasting, giving, buying raffle tickets, and choosing from hundreds of dollars worth of prizes to choose from. The themed baskets included prizes from Yetti Coolers, Michael Kors, Barnes & Noble and Edible Arrangements. 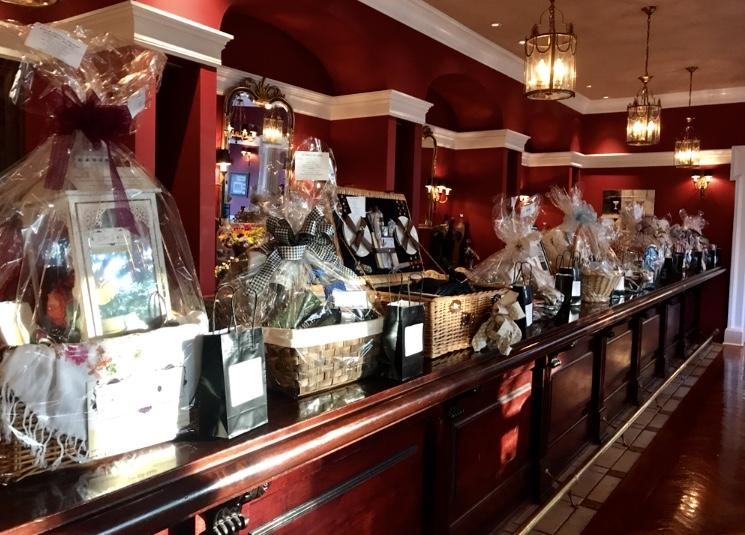 Truly an event for the community, local restaurants shared tastes of their menu favorites. Many of them had been to the event before. In fact, the people I talked with said they continue to return to the event because they see it grow so much every year.

A chef representing Spuntino, a wine bar and Italian tapas restaurant in Garden City, said they participate in several Michael Magro Foundation charity events every year. The Spuntino chef said it was because of his friendship with fellow chef, Paul Magro, co-founder of the foundation. The vendors of the evening possessed the aspects of community and family that make the Michael Magro Foundation so special.

One of the attendees, Dr. Joseph Stambouly, Chief Pediatrician at the Winthrop ICU who had known Michael Magro, said he believes the event continues expanding because of the “energy, hard work, courage and grace of Paul and Terrie Magro, they are the driving force.”

“[The foundation] has grown tremendously and in just a few short years, it has blossomed into something that is a huge event,” Stambouly said. “It’s not just medical people, it’s people coming out from across Long Island to be here.”

Once the event was in full swing, Terrie Magro, co-founder of the foundation, introduced the first performer, Athena Margarites. She sang a beautiful rendition of Somewhere Over the Rainbow. Afterwards, Terrie expressed her gratitude to the honorees of the night, Mike and Rich Cave, brothers from 1st Equity Title and Closing Services. The Cave’s are widely respected for their business and philanthropic work in the Long Island community. They started a charitable networking movement called Pinktie.org and inspired The Michael Magro Foundation to start their own ‘networking for a cause’ initiative called 333 STRONG. The Cave’s Pink Tie 1000 Foundation is teaming up with the Magro’s to ensure donations will continue to impact the Long Island community. 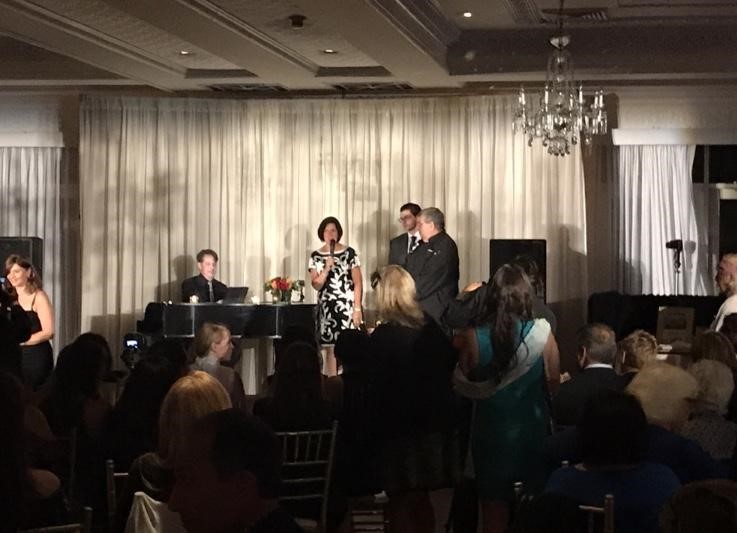 After their introduction, the Cave’s presented Terrie and The Michael Magro Foundation with a large check donation of $50,000. The endowment filled the air with applause – there was even a standing ovation. Once the crowd settled down, a live auction began.  A vivacious auctioneer shouted out prices and prizes, including a trip to Sedona, Arizona. The auction helped them raise a few more thousand dollars for the foundation.

Before the raffles were called, there were two more performances scheduled. The first was Eva Tavares, the current lead in Broadway’s Phantom of the Opera, and the last performers of the night were Amanda Jane Cooper and Jackie Burns, the current leads from Broadway’s Wicked. The Broadway performers captivated the audience and evoked a second standing ovation.

The night ended with smiling raffle prize winners and take-home goodie bags from Carlo’s Bakery. Overall, The Michael Magro Foundation raised $165,000, which will help continue their support of children and families affected by childhood cancer.